For the most part. my progress has been smooth sailing. Although I have faced a few impediments on this in-depth journey, it has been a worthwhile and fulfilling experience. I have progressed into the fluidity and precision of my lampworking as well as the memorization of procedures. When I first started, I used to forget the steps to making different components for the final glasswork, but now I’ve memorized almost all the key components in the glasswork I make.

Unsurprisingly, there has been a slight slow down and decrease in the amount of times and how frequently I meet my mentor due to recent issues surrounding my family. This can be considered quite a big challenge for me since it directly correlates to a more time-consuming learning process due to the infrequency. However, other than the slightly slower speed of progress, I am steadily increasing my skill in myriad ways. My main focus right now is still working on making bigger beads so that they can be decorated more.

A recent success as well as new experience of mine is the process of using pliers as a tool to create glasswork. Recently, I have started using pliers to pull and shape hot glass which is easily flexible. However, I also train my speed and precision because hot glass cools very quickly and transforms into a brittle substance which is easily shattered. Not only have I used pliers to create more art, but I have also used pliers to create ‘stringers’ which help provide a nice touch and decor for a bead or any other glasswork.

For the in-depth night, I plan to present by learning my having an aray of glasswork ordered in a timeline. Clearly illustrating my progress as I have grown and learned. I plan on elaborating on the learning that came with every bead as well as some of the stories behind some less “presentable” glassworks. I also plan on having a sped up video of me lampworking to show everyone the process of refining glass. However, this video might not be possible if I can’t get it in time, but I plan for it to be there.

“Well, the word got around, they said, ‘This kid is insane, man’ Took up a collection just to send him to the mainland”

This represents the big idea because it reinforces the idea of new ideas influencing events. If not for Hamilton’s writing and ideas he would not have been sent to the mainland. His ideologies indirectly and directly influenced a series of events.

“He started retreain’ and readin’ every treatise on the shelf”

This quote reinforces the big idea because it shows that Hamilton didn’t have much power or status which is directly correlated to the reason why he put so much effort into his work. Hamilton had to work harder and longer than other people of power. He may also have faced judgment in society due to his social standing.

Collective identity is constructed and can change over time

“‘You gotta fend for yourself’”

This quote expresses the big idea because it shows that Hamilton is going through a change in his character. His identity can be altered by external sources and his character is not set in stone.

The physical environment influences the nature of political, social, and economic change

“In New York you can be a new man”

To what extent was income from fur trading responsible for the development of Canada? 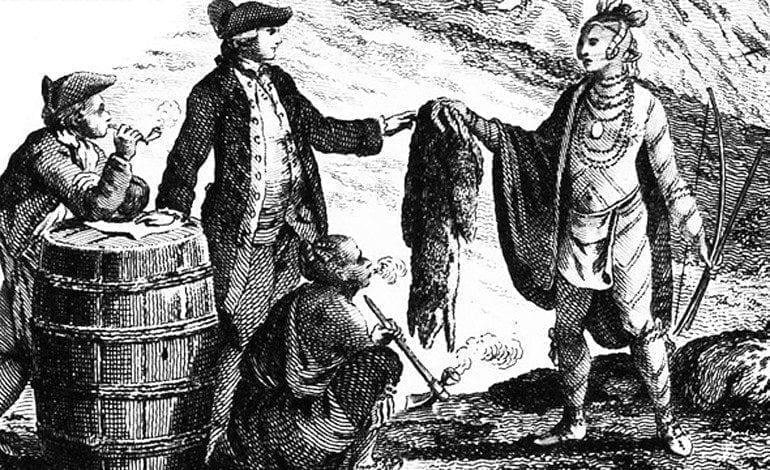 The fur-trade was not only of importance to the development of Canada because of the source of new resources for European settlers, but also because of the vast amount of wealth to be earned. It is crucial to understand the historical significance because it not only outlines the direct effect of the income from fur-trading, but it also explores many factors that may not be easily correlated to the fur-trade.

The fur-trade can be summarized as the earliest and most impactful industry in North America. The fur-trade was started in the 1500’s due to the Europeans exchanging goods like knives, pots, axes, and other goods for the extremely popular fur. Soon after the trades had been started the fur industry began to boom. After the first French explorers sent the valuable fur back to Europe, it soon became very fashionable to wear these furs. The popularity of the furs made some explorers realize how vast the amount of wealth to be made in the fur industry was, and set sail to North America. This led to the sudden surge in Europeans coming to North America to settle.

The key idea in my inquiry question is the extent and responsibility the fur trade’s income has on the development of Canada. The first substantial effect on the development of Canada that has been initiated by the fur trade is the friendly relations between the Indigenous Peoples and European settlers. The economic bond between the Indigenous Peoples and European settlers is a critical point, especially in the Seven Year War. If not for the temptation of furs, European explorers might not have settled in Canada or even maintained friendly relations with the Indigenous Peoples after a while. The furs was a reason to keep putting money into sending explorers and investing in the European businesses.

Another key concept my researches has shown is the destruction of racial barriers. With the influx of European settlers coming to settle due to the grand profits to be made, population growth soon ensued. Although there was the Filles du Roi that jump-started the population growth in Canada, soon after European settlers began to build families with the Indigenous Peoples. This led to a race called the Métis to be born. The Métis were half-Europeans, half-Indigenous peoples. This was another scenario of friendly relations with Indigenous Peoples, but it was also a social change in the contemporary mindset. Albeit, the métis people faced racism at the start. 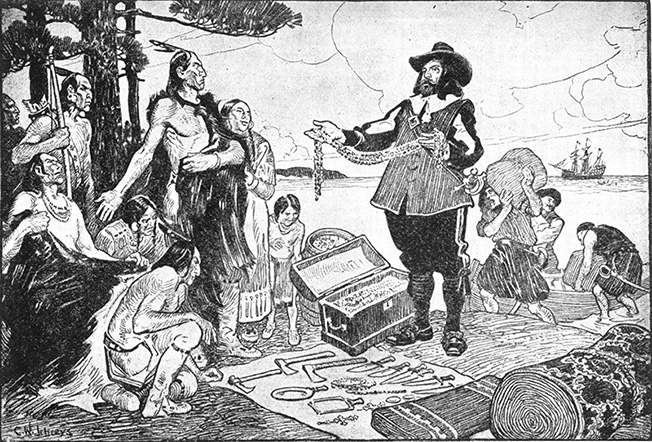 The influx of European explorers and settlers into Canada was not considered a big, ethical deal to the Europeans. The Europeans only saw the settlement of Canada as a quick way to earn cash and a place with free resources. The Europeans did not think they were doing any harm to the Indigenous Peoples since they were just taking advantage of free resources and land.

However, with our current moral values and standards, this sort of behavior is deemed heinous and disrespectful. The Indigenous Peoples had ownership over the land since they were here first and the European explorers should have discussed terms with them instead of forcefully seizing their land. In conclusion, I can say that the main factors that contributed to the development of Canada that were reliant on the income from fur trade are friendly relations with Indigenous People, settlement in Canada, vast amounts of income and resources, and the breaking of racial barriers. Although there were many factors that contributed to the development of Canada, the main and easiest ones to connect and correlate to the fur trade are those listed above. Building the nation of Canada was not only a tedious task, but a task that took many setbacks and long periods of time. It is impossible to consider every single factor that contributed to such a broad topic like the development of an entire nation. However, my research has already shown a lot of insight onto the effect and consequences that come with any decision and how they have specifically effected Canada through the fur trade. The fur trade was an extremely impactful event in Canadian history and it was definitely one of the cornerstones in the founding of our nation.

So this is my first time meeting my mentor since the accident happened. Most of my family doesn’t want to drive near my mentorship location anymore, but I got my mom to do it. Sadly, due to the sudden interruption I didn’t see my mentor in over 3 weeks. This may have led to a regression in my skill and efficiency in the craft. However, I will continue to work at lampworking and slowly improve over time even with the impediments I have or will face.

1.What kinds of learning opportunities does the mentor provide to expose you to new learning?

One of the interesting things my mentor does is he doesn’t just expose me to the refining and shaping of the bead, but instead, he lets me experience everything. From the set-up of the workshop to the sweeping of the floors at the end. I feel like this is a great method of teaching and mentoring because it gives me the full experience which allows me to be independent one day. Rather than him setting up everything for me to make the bead, I am learning the steps behind the main process.

2. What kinds of learning opportunities exist to reinforce new learning?

In the workshop, all the equipment is there and it is up to me to know what to use and what to prepare for my work. This way, I learn to be more independent since my mentor doesn’t set up the equipment for me. However, if I really have trouble remembering what I need for the work, I can always ask him for help.

3. What kinds of opportunities exist that might accelerate learning?

I could try and step up my glasswork to making miniature sculptures. Right now, other than making beads, stringers, and twists, I am not well-versed in the crafting of other glasswork. However, I can learn this by asking my mentor to teach me the technique for non-beads. Currently, I have quite a solid foundation in shaping and controlling the flow of glass so I should be able to handle the change.

4. When you get together what do you talk about?

Usually, we just have casual conversation and talk about what we’ve been doing in our lives. However, my mentor talks to me while refining beads so he will add in critiques periodically. Since lampworking is such a slow process, there isn’t need for a constant stream of insights coming from him. He only needs to interject when needed. On top of that, glass working requires focus and attention so sometimes silence is recommended.

5. What is going particularly well in your mentoring relationship right now?

My mentor and I have a very casual and relaxing mood when we talk. It is very easy to approach my mentor and inquire about any issues I have. I also appreciate his critiques and tips, albeit they are always hidden in his words. It is also very nice that my mentor is very accepting of my schedule as well as my skill. Sometimes, I screw up my glass work but he always encourages me to work harder.

6.What are you learning about one another?

Since I have so many casual chats with my mentor while working, I learn quite a bit about his personal life. However, usually we talk about stuff related to the actual work. So I mostly learned about his past experience, how he got into the work, what his plans are for teaching and organizing events and things like that. I also share a bit about my life within through updates whenever we meet. Furthermore, my mom is close with him so she likes to join in on the conversation sometimes and I glean more insights from that.